The Problem With Marriage CVs in My Community

by Sumaiya Hossain in Relationships on 2nd September, 2022 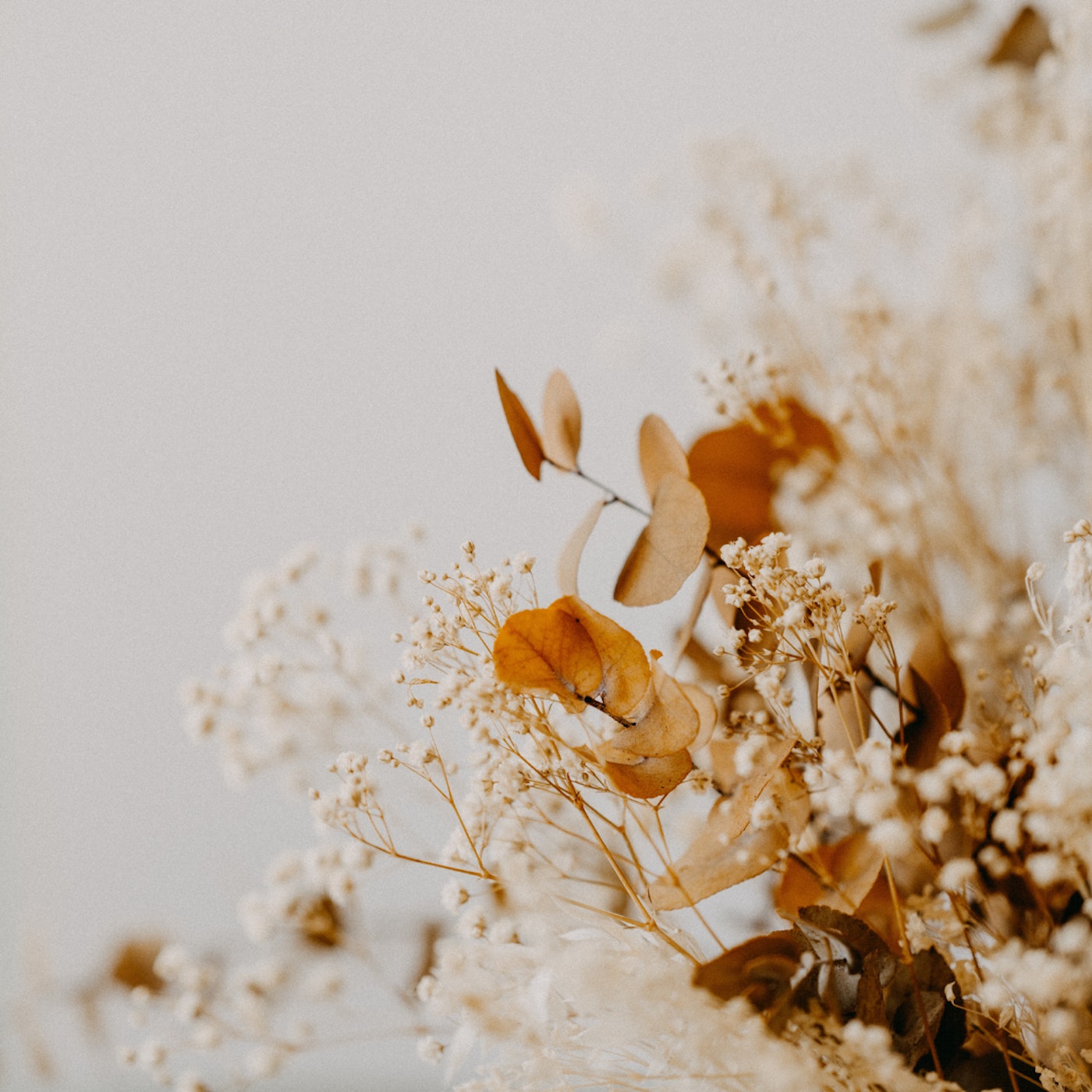 We take a look at challenges and problems with marriage CVs from the perspective of a Bangladeshi Muslim and how they can propagate issues of colourism and fester pre-existing insecurities about height, weight, financial and educational status.

If you are a Bangladeshi, South Asian or just a person looking to get married, you have most likely come across the marriage CV, also known as the biodata. As a concept and on the exterior, marriage CVs may be perceived as a genius adaptation of a professional CV, with the objective of streamlining the process of getting married. As well as opening the market for a person to put themselves forward as a potential spouse and communicate their preferences in a spouse.

In theory, it should be relatively easy to pick out a suitable life partner due to the vast amounts of CVs circulated within the WhatsApp groups. However, my experience of these CVs have been lacking, cold and bordering on the discriminatory.

The pages are a blur of arduous physical descriptions and labels of being ‘family oriented’. Listing your height, build, complexion, family background, heritage and marital status on a CV for families to scrutinise may be a means to incite feelings of insecurities, prejudices and emphasise the divisions within our communities. Thus, turning marriage CVs into a breeding ground for highlighting flaws and triggering insecurities for both men and women.

When it came to seeking a spouse a couple of years ago, it should have been a painless process because there was a concise list of their physical appearance.

However, after joining several types of marriage groups and receiving an influx of CVs, I found it difficult to materialise a person with a voice or personality beneath the list of heights, builds, job descriptions, ancestral villages, and siblings’ occupations.

I started to fall into the trappings of superficiality – he should be at least 5ft7, medium build, good education and have a decent job. I overlooked vaguely filled out sections of religiosity and preferences since most of them would write ‘practising and tried to pray five times’ and for their preferences ‘good character, sense of humour and laid back’. What on earth does laid back even mean? How was I supposed to determine compatibility through ambivalent information provided on the CVs? It was only after face-to-face encounters with the family and meetings with the men, that I realised I needed to prioritise values over physicalities. The CVs failed to focus on the fundamentals of a suitable candidate. Hence, becoming more of a detriment than a helpful tool towards the search for a spouse. I may have ignored several good candidates because I primarily judged them based on their build, height, educational and professional backgrounds, and if they had met my ‘ideals’. I too became part of the problem. I placed weight on aspects that did not correlate with successfully content marriages.  CVs don’t do people the justice they deserve; the candidates on the CVs become less like individuals and more like a checklist for desirable traits.

In turn, I found that I often had to contend with a family’s expectations of a wife and not what the potential spouse wanted as we had to talk to the family members first. During an uncomfortable conversation between the mother of a potential suitor and my parents, she asked what my skin colour was, highlighting the fact that her son was very fair.

My dad replied shemla (brownish), though he seemed uncomfortable by the question. She also wanted someone tall for her 5ft7 son, and thought I wasn’t tall enough at 5ft2; she still wanted to exchange pictures. The ancestral village was revisited, to which my parents rolled their eyes, but I was bothered by the skin colour question compared to everything else. To give them a chance, I exchanged pictures but my family and I were met with radio silence. There were several other CV exchanges with a similar focus on the superficial. Headshots were not enough, they wanted to examine a full-length picture because head shots did not give a true indication of a person’s build, already outlined in the CV. Eventually the whole process became demoralising, and I was brimming with a host of resurfaced insecurities and thinking that I was never good enough.

Perhaps I am speaking as a minority within a minority as a Bengali from East London, with parents from two different districts in Bangladesh (my mum is from Sylhet and my dad is from Dhaka).

I learnt at a young age from numerous unpleasant remarks that my unusual background in largely Sylheti Tower Hamlets was frowned upon. I know someone who lives in Oxford facing similar obstacles. So, the ancestral village section is certainly a sore spot, and mine led to several silent rejections.

Now that I am married, not via the exchange of CVs but through an online matrimonial service, where ancestral village and complexion weren’t at the forefront of conversation: I am having to re-enter the world of CVs. I am in the process of aiding my sisters in finding a partner, and four years later, I think the problem may have gotten worse. The complexion column in the generic template now circulated in the groups highlights the existing issue of colourism within our community. The marriage CVs encourage colourism and continue to perpetuate the notion that one skin shade is better than another, whilst almost neglecting the important factors that make marriage work. The templates were largely used within the Indian/Bangladeshi subcontinent and now more prolific in many different types of ethnic groups (largely Muslim).

People still want to know which exact shade of brown you are – fair/wheatish olive brown/ brown and it goes on. To some it may appear a harmless preference, but to me it connects to a larger source of pain.

It is distasteful that I must describe in quite a lot of detail what exact shade of brown my sisters are. While creating my sister’s CV,  I had put down wheatish because other CVs had written that as their complexion. I did not actually know what wheatish was in the range of colour tones. When I showed my sister, she said ‘uurgh, Sumaiya wth, I’m mocha’. It dawned on me that there were people who wouldn’t see my stunning sister (inwardly and outwardly) as the right candidate because of the “mocha” on her CV. We still live in a society where many people hold the outdated notion that fair is more attractive. But this helps us filter out prejudiced potentials because only those who are truly interested in my sister will reach out.

Despite it all, it does not diminish the sorrow I feel because my sisters believe they are not as beautiful or marriage worthy as they do not meet the description of ‘fair.’

My sisters and I are varying shades of brown. We’ve had numerous heated discussions about the differences in our skin shades. They remind me that I cannot completely understand what they are going through because my face is a tad lighter than theirs. It does not help that perhaps those distinctions were initially made apparent by members of our family saying which colour attire is better suited to us based on our complexion. However, the reality is that as a largely diasporic community the imperialist noose is still infiltrating our perceptions of beauty, success and belonging. We are still measuring attractiveness, success and opportunities through the lightness of our skin, forcefully thrusted upon us by our white skinned colonisers.  However, it’s high time we stop letting colourism infiltrate our prospects of getting married. Why should the colour of a person’s skin determine whether they are suitable prospects? A lighter shade is not necessarily a measure of attractiveness.

I will continue to be enraged by the injustices and discrimination we face on things that are not of our choosing because it limits our society’s growth, progression, and the ability to make successful matches. Marriage CVs need to change where the most valued elements of a good partner are placed at the top of a list and build, complexion, and even ancestral villages are removed or at the bottom. We all need to re-evaluate our perceptions of what is ‘suitable’. To be in 2022, yet allowing traces of colonial ideas to impede our search for a suitor is harmful and will lead to many unhappy individuals resenting marriage.

An English Teacher, coffee connoisseur and possessor of unpopular opinions. I studied Alimiyyah in a reputable UK institute and did my English Literature degree whilst working part-time through Open University. I am an avid believer in promoting social change, starting with the self. I love a good 'who dunnit story', true crime dramas and frugally exploring the globe. IG: @winterbornreader