by Sania Rahman in Relationships on 25th November, 2022 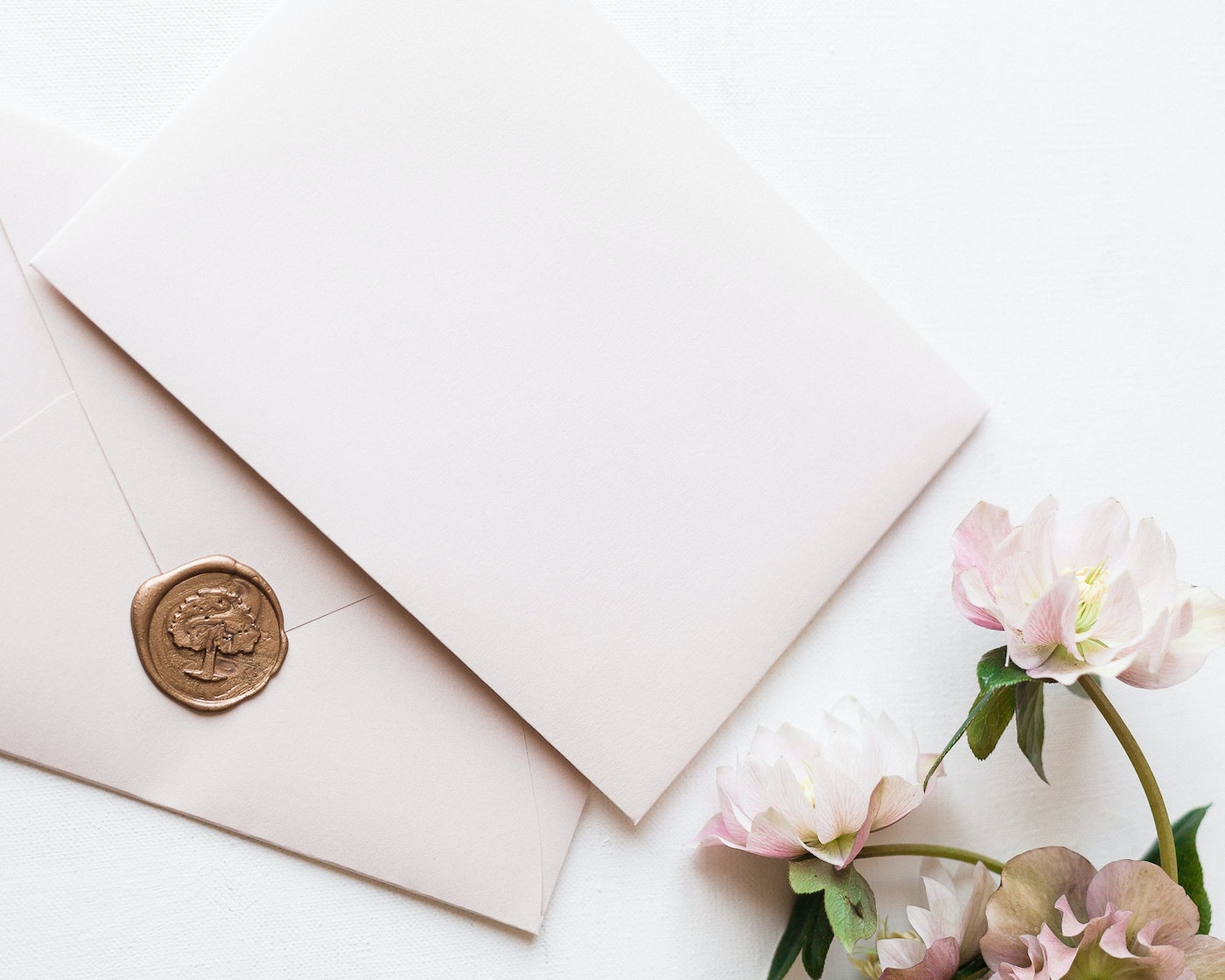 Many of us have heard the story of Khadijah bint Khuwaylid – the daughter of Quraysh leader Khuwaylid ibn Asad, she was a successful businesswoman in her own right, managing caravans between Mecca, Yemen, and Syria. According to Muhammad Ibn Sa’ad’s biography of her, when the Quraysh’s trade caravan travelers gathered to embark upon their journey to Syria or to Yemen, Khadijah’s caravan equaled the caravans of all other traders of the Quraysh put together [1]. Contemporary scholars believe she inherited the commercial business from her father, Khuwaylid ibn Asad, and then significantly expanded it using her own entrepreneurial skills. She subsequently married Prophet Muhammad ﷺ in 595 AD, and bore him six children.

The marriage and life of Khadijah (RA) and Prophet Muhammad ﷺ is the topic of a great many discussions both within Islamic and secular circles. In a recently published book titled Justice and Beauty in Muslim Marriage: Towards Egalitarian Ethics and Laws, several academics have amassed a critical study of Muslim marriages from the perspective of Muslim researchers focused on finding justice in Muslim family laws. The book examines the theological aspect of marriage, as well as how Muslim marriages are in practise. It aims to highlight ‘adl (justice) and ihsan (goodness and beauty) as crucial aspects of the Muslim marriage.

The chapter Reclaiming Khadīja and Muhammad’s Marriage as an Islamic Paradigm: Towards a New History of the Muslim Present, co-authored by academics Dr Shadaab Rahemtulla and Dr Sara Ababneh, delves deeper into the dynamics of the marriage between Khadijah (RA) and Prophet Muhammad ﷺ and extract lessons from their union to show how modern-day Muslims can break out of stereotypical and patriarchal interpretations of marriage.

Dr Sara and Dr Shadaab say that the aim of their chapter is to “ask what a Sunnah based on this type of marriage [the Prophet’s ﷺ marriage with Khadijah] would look like.”

Dr Sara also explains that there is a divergence in modern interpretations of the Muslim marriage from 7th century Islam.

“Most of how we envision Muslim marriage today – what we’re actually thinking – is conservative, modern European, bourgeois family. Older man, younger woman. He’s the breadwinner. She is not. And we have Islamized that. Yet, when we go back to the story of the Prophet ﷺ and Khadijah (RA), we see a very, very different form of marriage.”

The chapter highlights 5 crucial aspects in particular of the marriage of Khadijah (RA) and Prophet Muhammad ﷺ that challenge existing norms and expectations about marriage that we can all learn from.

1. Khadijah (RA) was older than the Prophet Muhammad ﷺ

By many accounts, Khadijah (RA) was 15 years older than Muhammad ﷺ, she being 40 and he 25 when they married. Al-Tabari lists Khadijah’s age as 28 [2], and Ibn Kathir includes a report stating that Khadijah could have been 35 or even 25 [3], while Muhammad ﷺ may have been 21 or 23. So while her exact age is a source of debate, what is agreed upon is that she was older than the Prophet ﷺ.

2. Khadijah (RA) had been married twice before

Based on the biography of Ibn Sa’ad [4], Khadijah (RA) was first married to Abu Hala ibn al-Nabbash of the tribe of Tamim, and together they had two sons: Hind and Hala. Her second marriage was to Atiq ibn Abid of the tribe of Makhzum, and with him she had a girl also named Hind. It is likely that her first marriage ended in divorce, while her second husband may have died, leaving her a widow.

Dr Sara and Dr Shadaab explain that in all of Khadijah’s biographies, there seems to be no stigma attached to the fact that she was both a divorcee and a widow. Moreover, it did not seem to matter to the Prophet that she was not a virgin. Indeed of all of Muhammad’s ﷺ wives, only Aisha had been a virgin when she married him.

There is consensus in all accounts that Khadijah (RA) was the one to propose marriage to Muhammad, not vice versa. In fact, biographical accounts have the actual text of the proposal, and in Ibn Ishaq’s work 5 we find it as such:

“O son of my uncle. I like you because of our relationship and your high reputation among your people, your trustworthiness and good character and truthfulness.”

She may not have directly approached Prophet Muhammad ﷺ, and may have sent her close female friend Nafisa to deliver it instead. Moreover, following Khadijah’s initial proposal, the Prophet’s ﷺ uncles approached Khadijah’s father (or possibly her uncle), seeking her hand in marriage. Regardless, we have much to learn from her initiation of marriage to Muhammad  ﷺ which is in stark contrast to some Muslim cultures which forbid women and their families from approaching men for marriage. Rather, a woman along with her family must behave coyly, while waiting for a man to propose.

4. Khadijah (RA) was the breadwinner

According to the laws of 7th century Arabia, one had to be an adult in order to inherit, which meant that our Prophet ﷺ who was orphaned at the age of six, would remain extremely poor. He worked as a shepherd, and then began working for Khadijah where she would send him on trade missions to places like Syria. His marriage to Khadijah, however, brought significant economic changes in his life.

Says Dr Sara, “It [Muhammad and Khadijah’s marriage] is a totally different form of living together… of being married where it is not connected to the man having to be a provider in order for him to feel as a man or to feel that he is fulfilling his husband duties.”

Commenting further on this, Dr Shadaab says, “Khadijah was the one who had economic power, and where the Prophet ﷺ gained capital was through his relationship to Khadijah. But throughout their life, he is dependent on her and she is not dependent on him. And at no point does that seem to threaten his sense of manhood.”

“​​If we look at Hadith reports as a very broad litmus test of how marriage went, we have examples of the Prophet ﷺ having disputes with his other wives, in particular, Aisha. They come up. There are a lot of Hadith that record love and compassion between them, but there are also Hadith that record disputes between them as well. We have nothing of that sort in terms of Khadijah. What we do have in terms of Khadijah are various Hadith reports in which the Prophet ﷺ constantly praises her.”

5. Khadijah (RA) continued to live in her house after marriage

Perhaps one of the most overlooked aspect of Muhammad and Khadijah’s marriage is that it was Prophet Muhammad ﷺ who moved into her house – a rare occurrence in most Muslim and non-Muslim societies. In fact, living inside the husband’s house forms the basis for Muslim family laws around the world, which require women to be obedient to their husbands.

Prophet Muhammad ﷺ and his “non-hegemonic” marriage to Khadijah

Many Muslims including a chunk of mostly male scholars believe that polygamy is a sunnah because Prophet Muhammad ﷺ was polygynous. Indeed, in 7th century Arabia, having multiple wives was the norm. But for the first 25 years of his marriage, the Prophet ﷺ was married to Khadijah and she remained his only wife until her death. This is recounted in a hadith by Aisha where she confirms that Muhammad ﷺ had no other wives while he was married to Khadijah. It can then be argued that being monogamous is also a sunnah.

If we were to compare this marriage to contemporary Muslim marriage, we would find it vastly different, perhaps even too progressive for our society.

One the most important reasons why this marriage lasted until Khadijah’s death – and one that we often overlook – is the fact that the Prophet ﷺ was extremely comfortable with his masculinity. Apart from the reasons argued above, he ﷺ was comfortable enough to show his emotions; he cried and asked Khadijah for comfort when he was first approached by angel Jibreel. He ﷺ is also reported to have cried when his son Ibrahim died.

Reclaiming Khadijah as a Paradigm

Dr Shadaab says that we all already know the history of Khadijah and Muhammad’s marriage.

Instead, what we have as Muslim family laws, is a very patriarchal definition of marriage. It not only hurts women, but men as well, by putting the pressure on them to be the sole provider of the family. As a result, we have family laws in countries that make it incredibly difficult for men and women to get married.”

“…What is left now in the Jordianian personal status law is monetary. So the way it’s defined is that the husband has to have as much as the wife; actually the wife’s father, or more. And if a couple gets married without the guardian being present, then the guardian can go and annul the marriage. Khadijah’s guardian could have annulled her marriage to Muhammad had they lived in Jordan in 2022.

As more and more women are becoming providers of the family, and earning as much as their husbands do, it becomes imperative to talk about how Muhammad ﷺ and Khadijah navigated their marriage.

“Khadijah is fundamentally connected to Qur’anic revelation,” says Dr Shadaab. It was Khadijah who consoled and comforted the Prophet ﷺ, and it is also probable that she was the main financial aide in major Islamic events like the first hijrah to Abyssinia.

Our societies are obsessed with a woman’s virginity, her age, and dissatisfied to know that they work and earn like their sons do. Khadijah’s story challenges all of these notions.

Justice and Beauty in Muslim Marriage opens our eyes towards current realities of marriage. How did family laws become so patriarchal? Why have we divorced the spiritual aspect of marriage from law? Why do women’s experiences get overshadowed by those of men? Why is marriage so unequal?

The book answers these questions systematically. But more importantly, its tone and message are universal enough for a layperson to make sense of it. The book argues that many contemporary Muslim family laws rest on patriarchal concepts, and now is the time for change. It brings together a diverse group of scholars to explore how egalitarian marital relations can be supported from within Islamic tradition.

Each chapter ultimately deals with how Muslim marriages can be grounded in equality, mutual well-being and the core Qur’anic principles of ‘adl and ihsan.

Sania is a freelance journalist based in Dubai with an interest in reporting on feminism and Islam.

Amaliah Agony Aunt: What if I Marry the Wrong Person?

Amaliah Agony Aunt: Why Do I Doubt My Friendships Sometimes?

How We Can Learn to Accept the Wisdom of Our Children