Muslim Dating – From “Don’t Talk to Boys” to “When Are You Getting Married? ”

by Another dating Muslimah in Relationships on 21st December, 2017 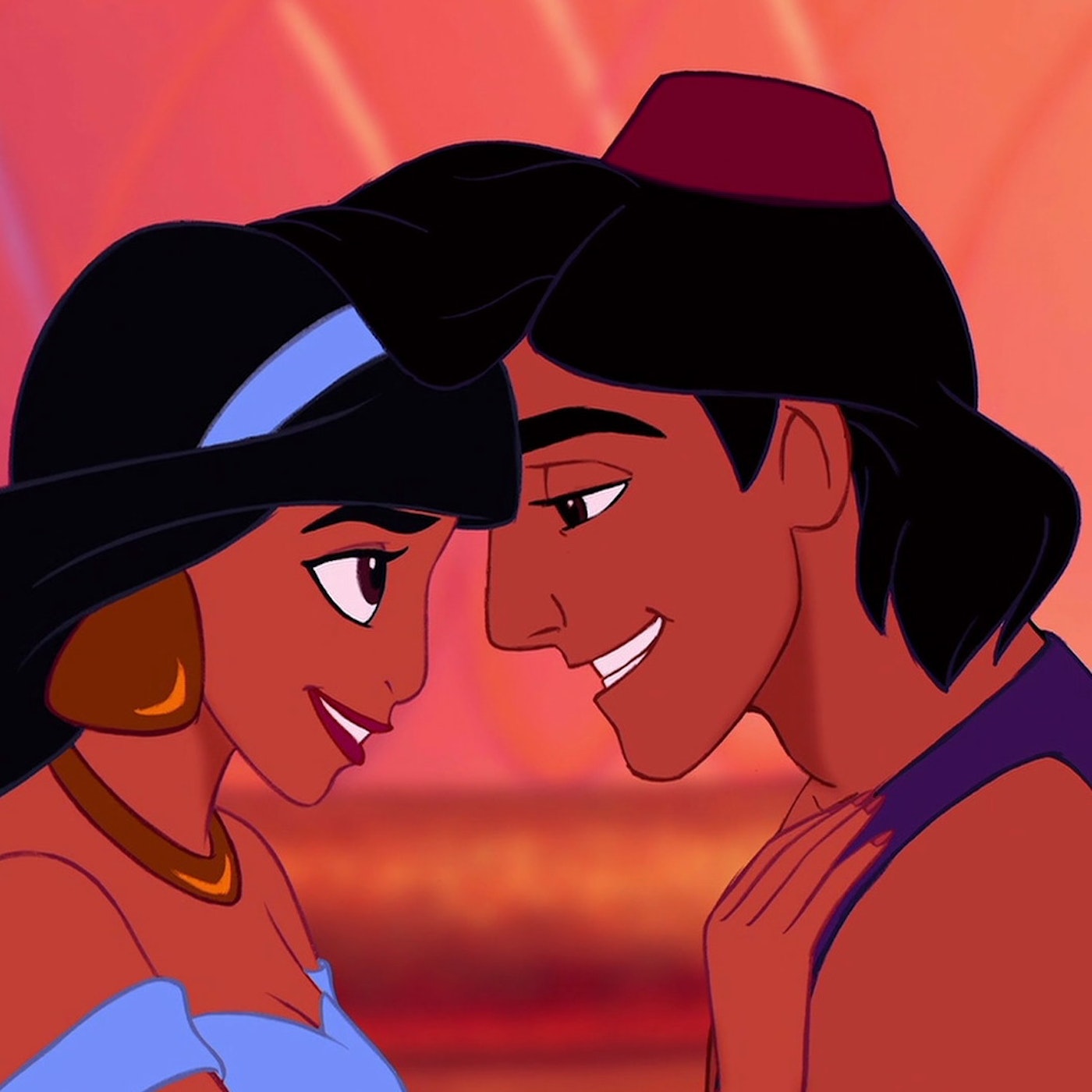 To my knowledge, the concept of Muslim dating is relatively new. By which I don’t mean Muslim girls and boys dating one another in the absence of their parent’s knowledge. I mean the parent-approved sort of Muslim dating.

No sneaking around.  No pretending that you’re going to meet with “Samra” when in fact you’re meeting Sameer; no keeping schtum about your latest object of affection. This relatively new parent-approved dating means that parents are actually encouraging of your efforts.  Your mother may even help you choose your outfit; she may even ask you if you think he’s good-looking.

So what brings about this dramatic change in attitude from “don’t you dare lock lips with that boy at college”, to “how have you not managed to find someone even though you’re barely at home?” Marriage of course.

Marriage. The completion of half of one’s Deen (religion).

53 Questions To Ask Your Potential Spouse

How Will You Find a Husband as an Ambitious Muslim Woman?

The institution of marriage is greatly encouraged in Islam. Science too is consistent in demonstrating the benefits of marriage on health, both mental and physical, and economic well-being. So I get it. I get the importance of finding someone to spend your life with, grow together with as a person, and in one’s Deen.

Which is why, perhaps, I have found myself in this situation: Meeting Muslim men on matrimonial sites knowing full well that it can only end in one of two ways: Nothing or marriage.

There is no in between.

To add to this complication, is the fact that some Muslims have never dated. So you’ve missed the period of psychosexual development which may have prepared you for dating as an adult. There you are all grown-up, unaware of what to do with all your, well, adulthood and parental consent. Boys are no longer just friends. They are no longer someone to discuss at length with your best friend. They are no longer someone to make prank phone calls to – yes that was a thing in my day. In fact, there are no more boys. Just. Men who want to be grown-ups and move in with you and stuff. *gulp*

As if the limits on potential outcomes (No nikah, no nookie) and the sudden leap in developmental milestones wasn’t enough, there’s also the fact that there is zero parental guidance on the matter.

This is not just because our mums didn’t use the internet to find a husband. It’s because, for most, they didn’t do any seeking at all.

The generation of women above – my mother and aunts – did not date. They did not go out there and sip coffees with men, followed by a long conversation with their best friends about who paid.

Our mothers were chosen. They did the choosing. They would be seen – at a wedding, at a shopping centre, in a photograph and become the object of a man’s affection. Or rather, the object of a man’s mother’s affection.  A man’s mother would make the suggestion to the mother of prospective brides. Women of the generation above and their families would then decide if they wanted the marriage to go ahead.

The rules were very clear: you were introduced to someone for the purposes of marriage. There was no ambiguity about whether a young man’s intentions were “honourable” or not. There was no risk of being under the impression that a man wanted to get married because he was, well, on a matrimonial site. There was also no risk of learning that a man had forgotten how to check how racist his parents were and that, well, you simply weren’t allowed to get married. Since families arranged things in the time our mothers were getting married, the racism had already taken place. At an earlier stage. So prospective brides wouldn’t have to had to worry about it biting them later on down the line.

I would not be as stupid – or as ungrateful – as to suggest that our mothers had it easier. We have the choices and opportunities which they didn’t. Men of different colours and cultures are no longer out of the question. I mean you may still need to put up a fight but it is not inconceivable. Going out and assessing whether a man’s ideas about life are similar to your own, was less common.

So while our mothers may not have been at risk of rejection or being misled as to a man’s intentions, they were most certainly at risk of spending an eternity with a man they barely knew.

It also means that our Mothers -or mine at least – is at a complete loss as to how the dating process works.

Anyone that has a Pakistani mother will know that it’s unusual for Pakistani mothers to not give some form of guidance on, well, everything. So the fact that my Mum is clueless only added to my ever-growing list of fears.

Armed with honourable intentions, parental-approval and lack-of-Pakistani-mother guidance, I have found myself seeking a man for halal fun. By halal fun I mean monopoly, of course. Shame on you for thinking otherwise.

The journey has been, well, interesting.

The first step to man-hunting on the internet, is to create a profile.

The creation of a profile is in itself a task: It will entail choosing a photo (always a drama – how do I look like me without looking awful?

How do I give a clear depiction of how wonderfully beautiful I am without looking like I’m trying too hard?), answering some questions about one’s religiosity (Is it ever right to call one’s self very practising?

Is that not a proud thing to do?

I must be modest about my religiosity), how often one prays (I can’t pick “always prays” because while I intend to what if one day I don’t. This will make me a fraud), How modestly (or not) I dress (Can I say I dress modestly if I have a tendency to accidentally leave my flies undone?).

There are then some questions about how tall (or in my case, short) you are, your ethnicity and profession.

And then, I must write a little bit about myself. I struggled. I questioned my identity. Never ask someone to tell you about themselves – they will go blank, or cry. A friend of mine suggested I put forward my best traits to, I guess, sell myself. I disagree with this. Surely the idea is to find a suitable match: someone who wants you, warts and all. And so surely, any traits that are attractive to them would become apparent in subsequent meetups? My friend disagrees. So I considered going a step further in providing examples of how nice and marriageable I am by making it explicit that I would not poison my Mother-in-law’s coffee or steal my father-in-law’s cigarettes.

The idea didn’t go down too well with my friends so I considered other suggestions: writing about my interests. Cue more crying. I have no interests. Not really. Some friends have suggested I write about some of the volunteering work I do. It’s not a bad idea but I’m paralysed by fear of revealing charitable acts. In Islam, we are taught to give so discreetly such that the left-hand doesn’t know about the charity given by the left hand. So surely, I shouldn’t make a display of it on the world wide web. This is a classic example of a Muslim problem. Well done for coining that term, internet.

In the end, I settle for writing about the fact that I don’t have any interests. I can only hope the photo makes up for my lack of interest in parachuting, gymnastics or horse-riding.

As it is a matrimonial site some people – quite sensibly – write about what they’re looking for in a partner. This is possibly even worse than writing about yourself. At least you can ask your friends what to write about yourself (even though their suggestions are not always profanity-free and, therefore, useless).

Who to ask about what you want in a man, but yourself? And so the introspection starts.

Do I specify physical traits?

I could, but would that be enough to encapsulate all that I want and desire? No. Of course not.

Do I say I want a man with a particular profession? Of course not – there is no specific profession which employs only the best of men. So that would be a stupid idea.

Personality traits may be a better idea. But do I say I want someone intelligent and funny? But then my idea of funny and intelligent may be very different to someone else’s. So I don’t write it.

I write nothing about what I’m looking for. I like to think of this as keeping an open mind rather than the more likely explanation of not knowing what I want.

And so the search begins. Some sites will give you the option to restrict your search to a certain race, age-range or geographical variation. So once you’ve been privately racist – the search begins. Lo and behold – as promised – I am inundated with profiles of countless Muslim men. Some who are searching for “decent girls”, “no time wasters”, “a soulmate for life” or a “witty, charming woman”. I find myself – yet again – questioning whether I am any of these things. I don’t know. So I ditch the introspection and click yes (or swipe) to men whose profiles make me laugh. In accordance with their profiles, these men have continued to make me laugh. Whether they intend to, is a whole other story.

Much like men – and women – in the real world, the men on Muslim matrimonial sizes range in their attitudes to life and marriage. But much like people in the world, they fall into categories. If you’ve been on this search for as long as I have, you’ll have gained an instinct for sniffing out which categories men fall in to. I have found this to be a useful and efficient strategy for filtering out those men with whom I couldn’t even consider sharing a bar of chocolate with – let alone a lifetime.

Being the helpful person I am, I have written to the several types of men I – and others – have met on my journey. Consider this a favour to you, brothers. A passive-aggressive-one but a favour, nonetheless.  Sisters – I hope you will benefit from my experiences. Brothers and sisters, you’re most welcome. I can be thanked in the form of duas and chocolate.

Keep an eye out for my open letters… starting with Boring Bashir.