by Maya Areem in Relationships on 8th March, 2020 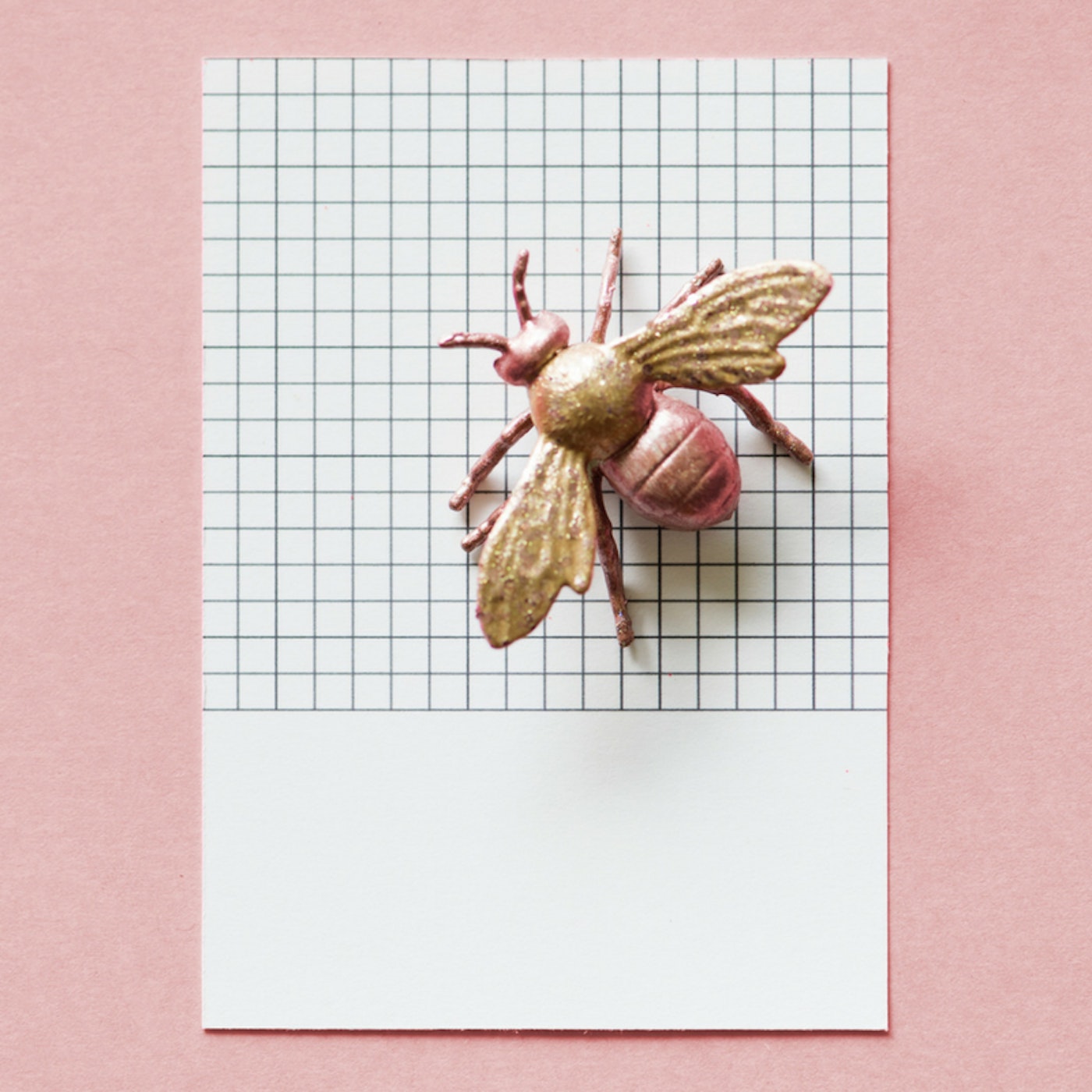 A Muslim woman on Twitter outlined how she felt she had been done over by a Muslim guy, an increasingly more common occurence or perhaps we just hear about it more. The backstory? They had dreamed of marriage and fairy tales only for her to realise that he had been relentlessly speaking to other women on social media. Muslim Twitter came out with their opinion pieces and advice, some helpful, others warranting the use of the block button. This is not the first time we’ve seen a Muslim woman take to twitter with her dating woes and it unfortunately won’t be the last.

Amongst my friends, I take up the resident role of relationship agony aunt. I’m always the one first to say, it’s time to get rid and persuading women that they are worthy and they shouldn’t have to deal with such nusances. So here’s my unofficial guide to not getting with an f boy.

So I’m going to write this with the assumption that you are looking to get married rather than a friends with benefits scenario. In that case, it is very important that upfront, you determine and vocalise intentions. This is also important in establishing a time frame. For me, it is very important to straight up ask, what are your intentions in talking to me or getting to know me? Do not be scared to ask, or think it’s “too much”, if he’s not talking to you with the intention of marriage, what’s the point?

I personally don’t think getting to know someone needs to take that long if you are asking the right questions and getting your family involved to do some due diligence. If the intention is said to be marriage, then it is then important to establish when they see said marriage to occur. If his timeline is 3 years, forget it, what are you meant to do in those 3 years, play “halal” kiss chase in the park? The aim of clarifying intentions and timelines is to ensure that you have a clear idea of when your nikkah will happen to ensure that everything is halal. It can feel daunting as we are surrounded, particularly in the UK, with couples who date, move in together, buy a house together and THEN get married. But your values should not be relative to societal values but instead those in Islam.

Also be very clear on your own intentions, timelines and reflect on your readiness to actually get married. Be honest with yourself, are you ready within yourself or are you holding marriage up as a way to escape parents or romanticising waking up for fajr together?

If his intentions are to get married,  does he actually speak about the practicalities of getting married or is it all airy-fairy dreamland? Is it all sweet nothings and calling you wifey without any real idea of what it takes to get married and be married? Has he told you his financial situation (Here are 24 questions to ask)? Has he told you what his family are like? Have you spoke about living arrangements and if your money is indeed your money?

3. Get a third party involved

If he is serious with his intentions then he will not mind speaking to your mahram or whoever it is that you see fit. This is also where it requires a mindset shift. For me, growing up, you only told your parents about a guy if you were ready to marry him. But actually, we need to be bringing in families a lot earlier on to ensure we aren’t clouded by our judgement. This is where families need to be able to be open and ensure there is a channel of communication in which they can be supportive. It also helps to ensure that you are looking at this logically and not just swept up in emotions, if you feel reluctant to introduce him to someone close to you, why is that?

“How Will You Find a Husband as an Ambitious Muslim Woman? ”

How Ready Are You for Marriage?

4. Have a clear stance on sex and intimacy

To have a clear stance here, in many cases it comes down to confidence. It’s about being confident enough to be clear and no-nonsense sense rule when it comes to intimacy and sex – often women have felt that stating this out clearly will “put him off” when in fact it actually serves as a clear marker that he is in fact an F boy. If he is trying to get intimate and this isn’t on your agenda then RED FLAG. When you state it up front, if they are an F boy, two things can happen: they can either go cold or they can instantly have more respect. Don’t be flattered about the second one, for a man to respect you more after HE tried to make an advance screams seasoned F BOY. I vividly remember a Muslim guy saying to me, “at first when I saw you I just wanted to just sleep with you, but then I realised you weren’t like that and then saw you as wifey”. As if I should now see him in more high esteem.Vomit.

For me there is a lot of wisdom in no sex before marriage, it ensures you aren’t investing and attaching yourself and clouding your judgement because you have been intimate. I also don’t buy the fact that you have to get with someone to get to know them and build a bond, and don’t let him convince you into it either.

5. The role of Social Media and preeing

The role of preeing cannot be underestimated. Have a look through their social media, for me, a big no no is lots of female followers and women commenting on pictures often. Call me a jealous psycho – I don’t care. It’s a problem and if your friends are trying to underplay it, you can get rid of em too. No, I am not being “oversensitive” and neither are you, don’t let him gaslight you into thinking otherwise or trying to make out like you are jealous and insecure. I’ve known men to start whole new social media accounts after getting married. Also, side note, is his social media cringe? Loads of pics of him squinty eyes? To the left babes.

6. How eager is he to get the family involved?

And no I don’t mean his “bros” who he calls family. I mean his actual family. For me getting the family involved can act as a filter of if he is serious and also ensure that things are kept halal, because please note, just because you are two Muslims on a date, doesn’t mean you’re on a halal date love. Does he talk about marriage, kids and the whole shebang with no real intent on telling his family? If he tells you he needs to wait to tell his family, for whatever reason, tell him that you think it would be best to put things on hold, and stop communicating. I’ve known women to wait for years because it’s just not the “right time” for him to tell his family. Know your worth and walk away, you don’t need to be anyone’s secret.

7. How does he speak about past relations?

If he has been in a relationship before, how does he speak about her? An f boy will tell you that his ex was crazy and psychotic. Even if there is the slightest bit of truth in that, take how he speaks about others, a reflection of his character. Before you know it, you’ll be the crazy ex he’s speaking about to his new lady.

8. Does the conversation turn sexual or full of innuendos (does the aubergine emoji keep coming out)?

There is a lot you can infer from the relationships around him, don’t underestimate it.

How can you tell? I hate to break it to you, but praying 5 times a day should not be held as an exceptional quality, social media really romanticises some of these things. Yes, we are all striving but don’t let him praying 5 times a day or going to jummah blind you to the reality of his character.

11. Know that you cannot change behaviours

You are not a rehab facility.

You are not a rehab facility.

It is not up to you to “change him” and frankly, you can’t. If there are certain things about him that you feel need to change, you really need to take time to consider if these are red flags for you. Will these things matter in 5 years if they haven’t changed? If so, next.

To gaslight someone means manipulate someone by psychological means into doubting their own sanity. It could be that he has led you on with sweet nothings and then when you ask him where this is going he wonders how you ever got the impression that it was ever going to go anywhere romantic. There may also be certain behaviours that he underplays or acts like aren’t a big deal or worse, he makes you feel like you are the problem. It’s really important to have a support system to talk these things out too and you shouldn’t be embarrassed either.

So there are my 12 points, above all, nurture your relationship with Allah, I hope you find what it is you are looking for. Don’t ever feel like you had to settle or accept behaviours because of the pressure to get married. And remember, getting married is not the end all and be all.